With my upcoming one year expat anniversary, I thought it only fitting to have some “Vegas” on my blog. It is From Casinos to Castles, after all.

Everyone knows that Vegas is a place of gambling, partying, and doing things we’d rather not admit to after the fact. It didn’t earn the nickname “sin city” for nothing, and it is certainly one of the best locations for nightlife in the world. However, Vegas has grown a lot over the years and offers much more than borderline illegal fun.

Only a few decades ago, the Vegas Strip attempted to expand its appeal by offering family-friendly attractions for all ages. This was not an initial success with resorts such as the original early ’90s MGM Grand’s Grand Adventures Amusement Park or Treasure Island. However, in 1998 when the Bellagio opened up, it arrived with a focus on luxury and high-end resort status. 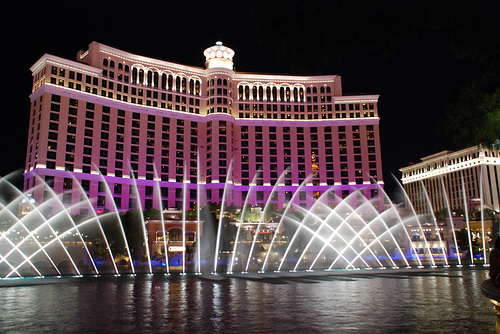 While the Bellagio is a casino by every sense of the word, it is also host to one of the world’s finest hotels and offers dozens of top-class restaurants and shopping attractions. It is also home to the famous dancing water fountains and has many other amenities including a fine art gallery, botanical gardens, and live concerts or sports matches.

The Bellagio really set the stage for the Vegas Strip. Less than two decades later, casinos doubling as vacation resorts have become the standard. Not only is this giving Vegas a new image as a destination for high society and glamour, rather than debauchery and greed, but other cities have begun to mimic the Vegas theme, constructing their own casino resorts. The word “casino” itself is evolving from mere gambling games to include fine dining and resort hotels. 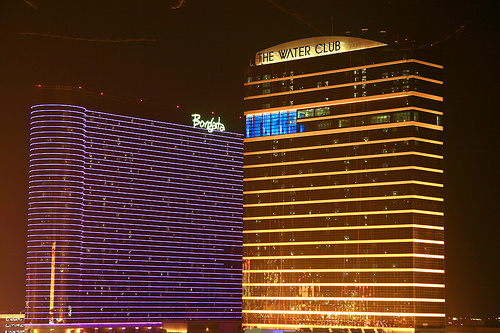 Of course, casinos are still gambling destinations. This image itself is improving, however, and many are home to high-end poker tournaments. Poker has rapidly grown in popularity and become a mainstream sport, and casinos such as Atlantic City’s Borgata are home to tournaments worth millions of dollars each year.

The Borgata, specifically, is known for being one of the best tournament destinations, with Matthew Pitt explaining it has “a reputation for running world-class tournaments and providing unparalleled service to its players.” In recent years, casino gambling has moved from what you see in mobster movies toward mainstream sports, and casinos are more like arenas or stadiums now. 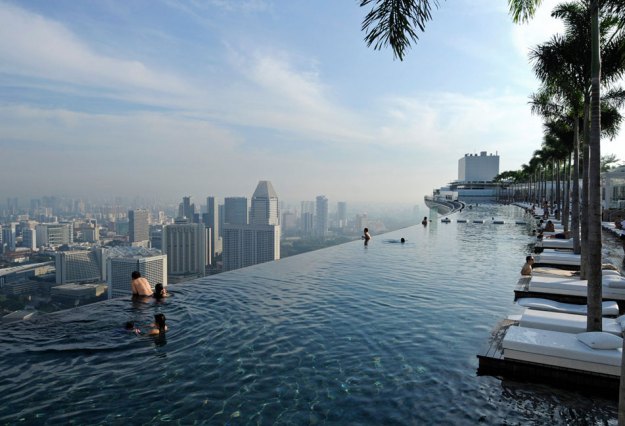 Take the Marina Bay Sands in Singapore, for example. While the casino ranks among the top in the world, the building itself was crafted to impress, and it is the most expensive building in the world at over $6 billion. If you’re ever thinking about seeing Singapore, this is something you can’t miss—whether you enjoy gambling or not.

While casinos gaining a reputation for being world-class is a great thing for them, it is good news for travel enthusiasts as well. Casino resorts spare no expense in making their hotels some of the best destinations to visit in the world and sights like the Bellagio fountains or the Marina Bay Sands Casino are some of the world’s must-sees.

*This piece was written by Stephanie Nichols.

And Writing Around the World is up in full swing! Monday featured Charlotte, from Sherbet and Sparkles, with The Value of Travel & Expat Writing. 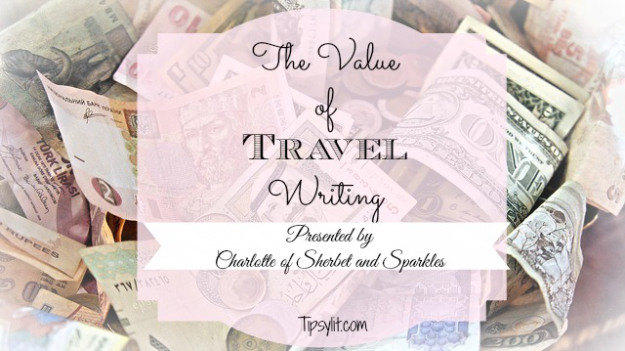 From the age of 14 I wanted to live in Japan. It was all I could think about, and I’d spend hours every day dreaming about the day I could move there. Coming from a family who do at least 3 long haul trips a year, I have never been nervous about going to foreign countries, nor have I ever been scared of things like flying. It’s just second nature to me. So when I finally got to live in Japan I didn’t think anything of it.

Then I started writing my blog.

I was 20 and a university student in Japan. I’d write about how to live in Japan – about going to the supermarket, buying a cell phone, getting a hair cut and at the same time I’d give details about how much Japanese would be required to complete each task and give some key vocabulary.

The Tipsy Lit feature this month is all about expats and travel writers! Make sure to check out new posts daily, Monday-Friday, and see which of your favorite expats wrote something fabulous! 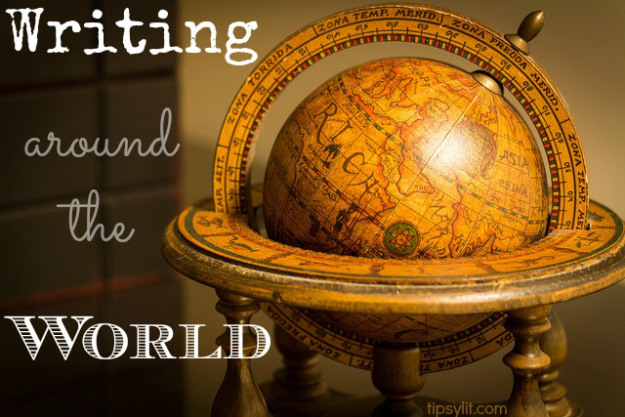 You may remember me mentioning the fact that I rekindled my love for writing when I started my first blog, From Casinos To Castles. This blog was created as a way to document my journey of taking a huge leap of faith in becoming an expatriate. It started off fueled by the inspiration found in our courage and has become a place where I share things about every day expat life. The travel writing community is unlike any other I have ever found online, but they are similar in that they all share a glimpse of what it’s like to be a part of another culture, another world.

I’ve now had an expat blog for over a year as well as a separate writing blog. It occurred to me how different the communities are and how little may be known about the expat bloggers/travel writers. Granted, we all stumble…

Hey guys! I’m over at Jennifer’s blog, Dancing in the Rain, contributing to her series, “A View from Here”. Jennifer hosts this weekly and invites other bloggers to come and share their own unique perspectives on well….whatever you want! Please stop by and stay hello if you have the time. 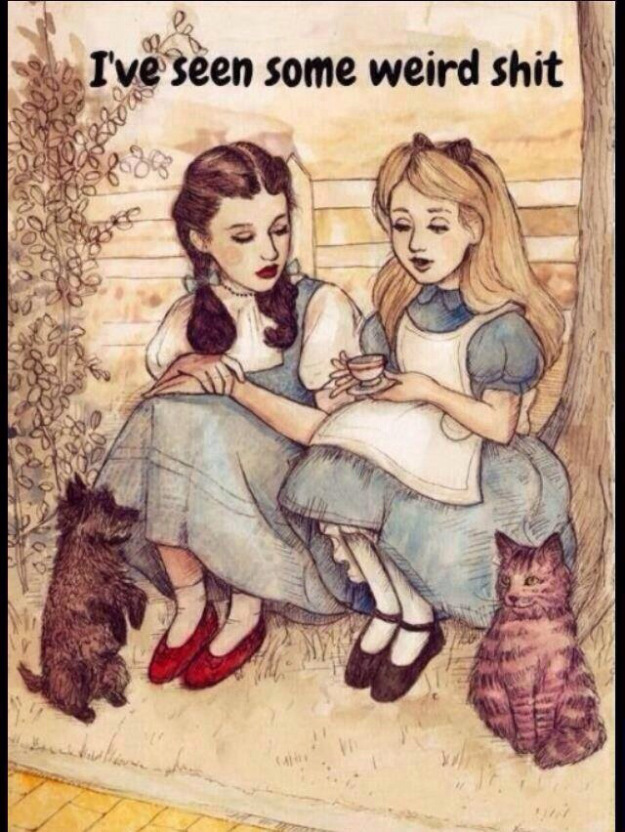 La Ville-Lumière. The City of Light. I had never been out of the country, but for my twenty-first birthday I was granted the opportunity to go to Paris with my best friend.

No one wants to hear about the process of getting my passport or the long flight or getting through customs but it was all just beautiful to me.

We went during the winter to avoid a lot of the tourists. Yes it was cold, but I didn’t feel it. With my broken French from high school and my friend’s learned French from multiple previous trips to the city, we would be able to navigate fairly well.

We stayed at the Hotel Dauphine St. Germain on the rue Dauphine, within walking distance of most things if we hoofed it. It was an adorable hotel with a tiny bathroom and twin beds and a view overlooking the white rooftops of Paris. Breakfast was delicious. Who am I kidding? The food the entire time was delicious! My favorites were the baguettes grabbed fresh from shops on the street, chocolate filled croissants, Orangina, and Nutella crepes. I had no idea Nutella existed before Paris.

We visited the Eiffel Tower, didn’t go up in it because it was freezing and crowded, but just standing beneath the thing was an experience. I looked up through it’s metal spirals and thought “I have arrived.”

Notre Dame was one of my favorite attractions. I am not an especially religious person but I felt reverent inside. My friend got sick so I went alone. I spent a quiet hour or so on a tour, observing the grand architecture and sheer history of the place.

But the Louvre, ah the Louvre, that was my absolute favorite place in Paris. We didn’t spend enough time there. You can go to Paris and just vacation there for the museum. It is that large and densely full of art and information. As artists ourselves, my friend and I were in Wonderland. The museum itself is beautiful, not to mention the works of art it showcases. I spent a good deal of time in the Ancient Egyptian section because I have a particular interest in that period of history. I was sad to leave. I vowed to its walls that I would return someday.

We also visited the Rodin museum. I didn’t know I enjoyed Rodin until we were done touring the site. Some of the sculptures, like the Gates of Hell, were so twisted and dark but held their own unique beauty.

I had only a few days to enjoy Paris. But it’s something I will never forget. When asked what my favorite city is? I answer with Paris. When feeling blue, I often recall my memories of the City of Light. And you can hear me on the phone with my best friend often sighing and asking, “Do you remember Paris?” 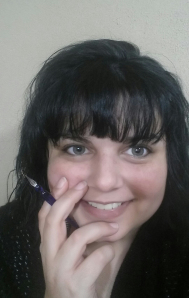 Jessica Sita is a full time writer living in Oklahoma with her husband and two dogs. You can find her writing at her blog,Watchful Creature or at Tipsy Lit . Also swing by and chat with her on Facebook or on Twitter.

Jessica is currenty trying to crowdfund her up-and-coming book of poetry. Check out this link to help: Outcrychapbook.pubslush.com. 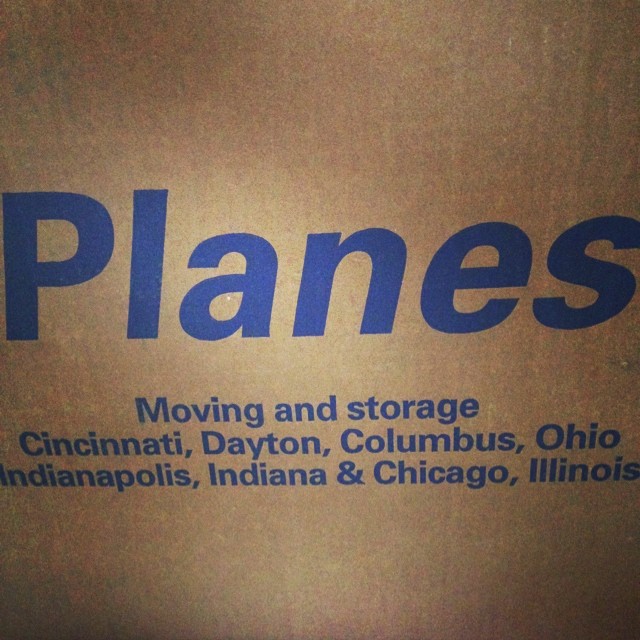